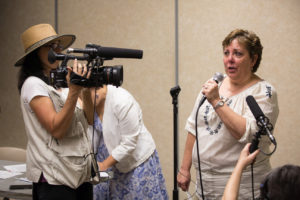 In 2003, Rebecca Cammisa founded Documentress Films, teamed up with Mr. Mudd Productions, and began developing the 2010 OSCAR®-nominated documentary, “Which Way Home” for which she received a Fulbright Fellowship for Filmmaking.

Rebecca was awarded a John Simon Guggenheim Fellowship for Filmmaking, and in 2011, she directed and produced the HBO documentary, “God is the Bigger Elvis,” which received an OSCAR® nomination for Best Documentary Short Subject. Rebecca’s newest film, “Atomic Homefront” has received numerous grants including a Sundance Documentary Fund Production grant and a MacArthur Foundation Media grant.

Prior to this partnership, he specialized in producing and developing new original works for the New York stage. He has produced over sixty productions on Broadway, Off-Broadway and in Regional theaters combined. His Broadway productions have received over 48 Tony nominations, and in 1999 the smash hit Fool Moon, in its third Broadway turn, won a Special Tony Award. 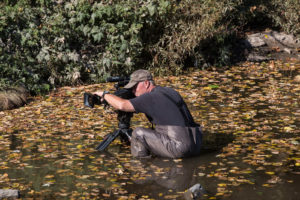 Mr. Freydberg’s productions have received many awards including the Tony, Obie, Drama Desk, New York Drama Critics Circle, Helen Hayes, and Outer Critics. He has produced in London, Vienna, Munich, Canada, Frankfurt, and throughout the USA. In film, he produced the award-winning The Trial of Bernhard Goetz for PBS, Mr. Bigscreen for IMAX, and the award-winning Zooman for Showtime. He was a Co-creator and Co-producer of NBC Theater (films written by playwrights.)

Mr. Freydberg was the consultant to the Disney Company in the formation of Disney Theatricals, taught Graduate courses on Commercial Producing at Columbia University, and has served as an advisor to the National Endowments Opera & Musical Theater Development Program. He created the American Playwrights Program with Jujamcyn Theaters, and served for many years as a member of the Tony Administration Committee.

Larissa Bills is a New York City based documentary producer, shooter and writer. Her experience in the field has taken her from maximum-security prisons to Hollywood movie sets, from the White House to the streets of New Delhi.

Since 2006, Ms. Bills has produced a number of documentary features and series for HBO, including the award winning One Nation Under Dog and the late James Gandolfini’s documentary exploring unmet special education needs among prison inmates. In addition Bills has produced, shot and written for The Discovery Channel, MTV, Lifetime and A&E Networks. She also wrote and produced a weekly Sirius Radio program with CBS Sunday Morning correspondent Mo Rocca, and contributed features to WNYC public radio.

In 2013, Larissa travelled to India for The New York Times to film five women of different social means as they traveled on public transport in the wake of a violent assault on a young woman riding a public bus. The resulting video piece, A Sense of Insecurity, received an unprecedented number of viewings for The New York Times website.

Recent credits include the HBO documentary Warning: This Drug May Kill You, which premiered at the 2017 Tribeca Film Festival; and director Alexandra Pelosi’s forthcoming project on America’s founding documents featuring all the living Presidents and Vice-Presidents, members of Congress, Supreme Court Justices, appointed officials, many other well-known Americans.

Madeleine Gavin works in both narrative and documentary film. She is currently editing Reed Morano’s I THINK WE’RE ALONE NOW starring Peter Dinklage and Elle Fanning. Madeleine was nominated for an Emmy for her work on Rebecca Cammisa’s Academy Award-nominated documentary, WHICH WAY HOME, and recently completed Cammisa’s new documentary, ATOMIC HOMEFRONT, about radioactive waste in downtown St. Louis which will air on HBO in 2017. 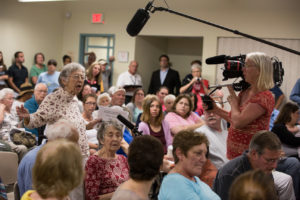 Madeleine has taught in the writing program at NYU Tisch School of the Arts and in the Graduate Film Program at Columbia University. She recently directed her first documentary, CITY OF JOY, which is currently playing the festival circuit and has been awarded several Best Feature Documentary awards.

Award-winning cinematographer Claudia Raschke is best known for her ability to bring the rich tones of the motion picture medium to a diverse spectrum of films, from highly stylized commercial endeavors to behavioral documentaries to lower-budget works of art.

Robert Miller, owner and founder of ScreenSound Alliance/RMI is a prolific composer of music for film, television and the concert hall. With a career spanning 24 years, his distinctive style has made its mark on well over 2300 commercials, some 55 films, 2 television series as well as numerous works for the concert stage. His work has garnered him seven CLIO Awards, two AICP Awards, three Emmy “group” awards for the Coca-Cola spots “It’s Mine” and “Heist”, the Mercedes commercial “Modern Ark” and an Emmy nomination for the score to the ESPN 30 for 30 film “Of Miracles and Men” directed by Jonathan Hock. 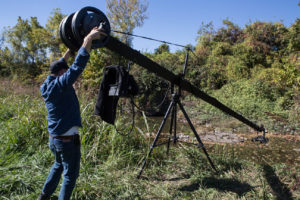 Besides Rebecca Cammisa’s “Atomic Homefront”, Robert completed the score to Jamie Greenberg’s narrative feature film “Future 38” which won the Audience award at Slamdance in 2017 and Eugene Jarecki’s “Promised Land” which is slated for release in late 2017.

Robert Miller has been commissioned to write a piece for the New York City Ballet’s 2017 season and is a longtime collaborator with The American Museum of Natural History’s Hayden Planetarium. He most recently composed the orchestral score for the planetarium show “Dark Matter”, working closely with astrophysicist Neil deGrasse Tyson who narrated the show currently on view. Robert was mentored privately by William Schuman and Aaron Copland; two of his greatest influences.